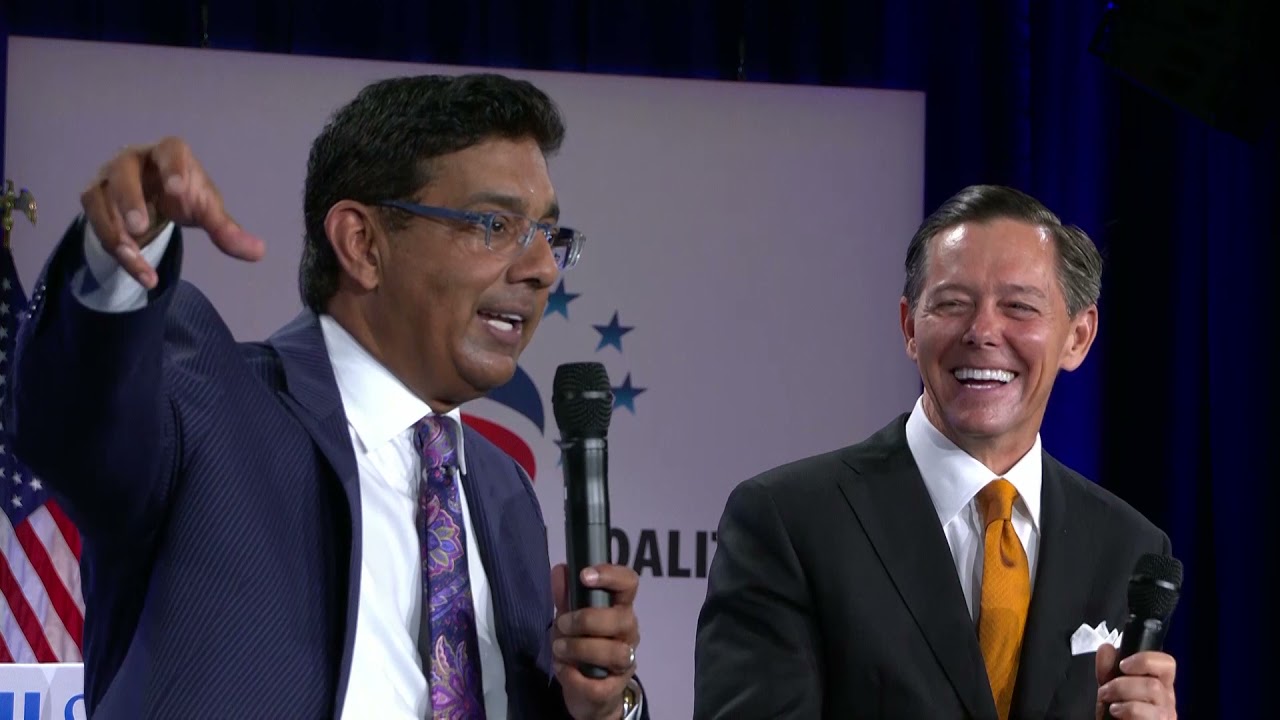 Political criminalization is particularly dangerous when it is waged against every-day citizens. — Dinesh D’Souza is an author and filmmaker. A graduate of Dartmouth College, he was a senior domestic policy analyst in the Reagan administration. He also served as a research fellow at the American Enterprise Institute and the Hoover Institution at Stanford University. He is the author of many bestselling books, including “Illiberal Education,” “What’s So Great About Christianity,” “America: Imagine a World Without Her,” “The Roots of Obama’s Rage,” “Death of a Nation,” and “United States of Socialism.” His documentary films “2016: Obama’s America,” “America,” “Hillary’s America,” “Death of a Nation,” and “Trump Card” are among the highest-grossing political documentaries of all time. He and his wife Debbie are also executive producers of the acclaimed feature film “Infidel.” — Want to connect with Dinesh D’Souza online for more hard-hitting analysis of current events in America?
Here’s how: Facebook: https://www.facebook.com/dsouzadinesh Twitter: https://twitter.com/dineshdsouza Rumble: https://rumble.com/dineshdsouza Instagram: https://www.instagram.com/dineshjdsouza Email: http://www.dineshdsouza.com/email/

Democrat Has MELTDOWN After GOP Exposes Dems on Election Integrity

THE PRECURSOR PROBLEM – 7 Pretrib Problems and the Prewrath Rapture